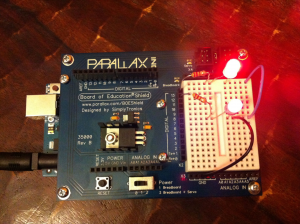 McLuhan Remix is three-part video essay with supporting web site created by Jamie O’Neil aka Kurt Weibers, a video/performance artist and assistant professor of digital media arts at Canisius College in Buffalo. Below I include the McLuhan Remix: Prologue and first paragraph of the web site intro.

The Medium is the Mix
Remixing is the most important aesthetic and epistemological outcome of the technologies of digital media and the Internet. This video-essay is intended for today’s students (digital natives) who are studying McLuhan’s words on paper. McLuhan knew how to mix concepts to create a powerful reaction. He utilized electronic communication channels (audio and video) in his time, and he spoke through them with incredible fluency. Today, YouTube mash-ups are an emerging form of literacy, rarely used for scholarly purposes. This is because the digital era of “cut&paste” has mostly been problematical for traditional academics (it is unacceptable to remix a term paper). But networked, digital authoring also greatly expands the range of expressivity… How then would McLuhan expect an essay to be composed today, nearly a half-century after his time?  [Read more.]

Since I keep introducing The Medium is the Massage to students as an exemplar of electronic composition in the print medium as well as a theoretical text, it’s been my intent to rework the FYC Annotating McLuhan project into a video project remixing the book (both the print and audio versions), research, and video and audio recordings of McLuhan. For the time being, I’m going to use the video essay as a supplementary text in the current FYC course and plan on using it as a theoretical text and exemplar in next fall’s Advanced Composition: Image, Sound, Text course.

Paul Miller’s talk on remix culture, given at UNC-Chapel Hill on Feb. 8, 2008.via Johndan, where I first saw it, and Kathie, who reminded me to bookmark it.

While I’ve been seeing references to Michael Wesch newly released “A Vision of Students Today,” I’m not seeing any mention of “Information R/evolution,” which is much more of a follow-up to “The Machine is Us/ing Us“:

Update: I should say thank you to Lance Strate for posting a link to the video on the Media Ecology Association discussion list.Also, like Michael, while I like the video, the assertion that the internet doesn’t have material constraints. Of course it does. All media have materiality, even the virtual.

I wanted to blog about Jeff Rice’s post “Situated Networks: Practices in Teaching Writing” earlier, but my own situation didn’t allow it. I’m a bit more settled now in my new place, establishing myself within new networks while maintaining (or not) old ones. As always, Jeff’s work intrigues me, in part, I’m sure, because its often situated at the intersection of rhetoric and composition studies and media ecology.

In response to 17 reading strategies suggested in a new edition of an old composition textbook, Jeff writes:

Why not add: to situate? Indeed, why not add such a “strategy” since, among the text’s table of contents, I struggle to see myself as situated in these reading selections: “Why Not A Football Degree?” “Working at McDonald’s,” or “Dating.” Admirable subject matter, no doubt. But situated? Not really. What pulls me into such a reading? The questions at the end of each chapter? “Explain how dating is socially constructed….”

Situations, or networks, are the result of intersections. For the sake of pedagogy, they don’t have to be assumed as random or treated as avant-garde methodology: shooting randomly into the crowd. Rather, guidance as to where to locate the intersection is encouraged, particularly for those, as McLuhan taught, who are schooled to think differently. Ulmer teaches via the mystory. The Rhetoric of Cool extends hip hop pedagogy to the scholarly level, disciplinary intersections at the level of topoi (cool).

A textbook always feels like the last place to find intersections. A textbook, for instance, cannot account for the here and now intersections motivated by impulse or inspiration. The “why did I just think of that” series of connections. The blog invites such connections through its emphasis on the “post”: post it. Write it daily. Respond. Connect.

Many reasons why I find this blog worthy, of course. Situated networks as a rhetorical strategy, as Jeff discusses them, is a form of memorial composition (to use Sharon Crowley’s term). As a rhetorical strategy, it asks us to consider our situatedness, our environment, as a database from which we may draw material for rhapsodizing (rhapsody shows up as an important concept in both Ulmer’s and Rice’s work, and both Ulmer’s Heuretics and Rice’s The Rhetoric of Cool are, at least in part, I argue in my dissertation, memory texts).

I’m also interested in the post because we’ll be reading Rice’s “Networks and New Media” (part of the College English symposium “What Should College English Be?” (69.2 (2006): 127-133) in the New Media Writing and Online Design course I’m teaching this fall. And, in fact, I’m using this essay’s focus on new media and networks as one of our preliminary working definitions of what new media is/can be (along with definitions from Anne Wysocki, Cheryl Ball, Lev Manovich, and Jay David Bolter and Richard Grusin) of new media.

And thirdly, I’m interested in the idea of the network, as Jeff discusses it, because I see so much overlap here with Ong’s discussions of ecology, which make up part of what I call his “digital turn.”