Miskatonic School for Girls is a deck building card game currently seeking development funding through Kickstarter. It looks quite cool:

They’re taking pledges through December 5, 11:21 am EST. A $45 pledge will get you a copy of the game with custom insert. (For those of you who don’t know how Kickstarter works, it’s a “funding platform for creative projects” that runs on an all-or-nothing system. People design projects and then present the concept at Kickstarter. If they reach their funding, pledges are collected and the project goes forward. For more information, check out their FAQ.

A thanks to Brendan Riley for making sure I knew about this. 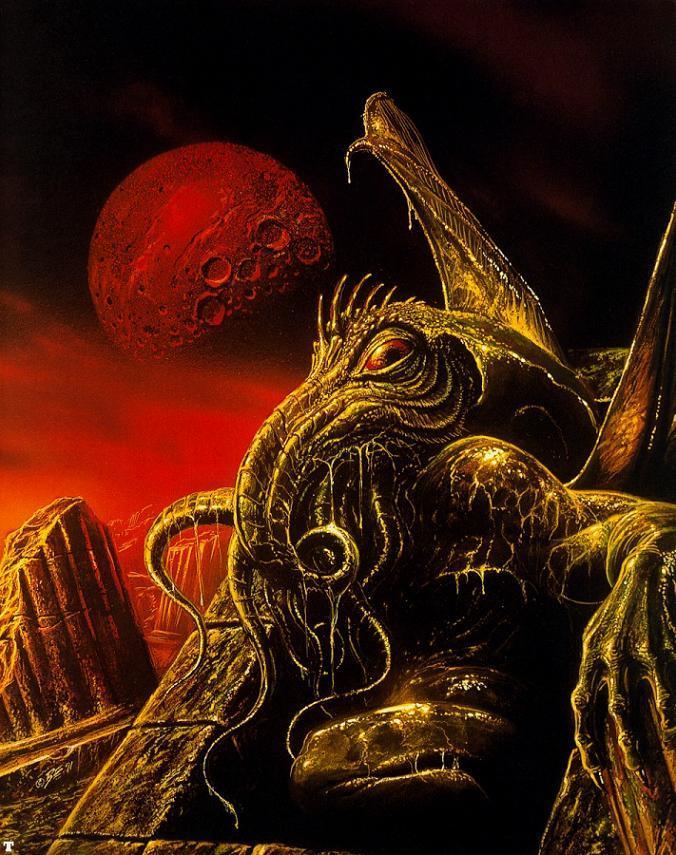 Other than Valentine’s Day and Lovecraft’s Birthday, what better day to celebrate all things Cthulhu than Halloween? Here at Machina Memorialis, we’re celebrating the day by downloading and reading the free Complete Works of Lovecraft eBook put together by Cthulhu Chick. Cthulhu Chick offers the eBook in PDF, ePUB and MOBI formats. I’ve downloaded it to my iPad and took a gander and it looks good. It even comes with cover art by cover created by Santiago Casares.

A simple note: This isn’t actually the complete works of Lovecraft but, it appears, the complete stories of Lovecraft, an important distinction for those interested in Cthulhuiana as this excludes his poetry, including the sonnet cycle “The Fungi from Yuggoth” and his essays, such as “Supernatural Horror in Literature.” To see what’s missing, take a look at the H. P. Lovecraft bibliography.

It’s Christmas time and for those of us at Machina Memorialis, this end of year and the coming of winter turns our minds to one thing: Cthulhu. To celebrate, we’ll be bringing you a number of our favorite holiday songs, most of them courtesy of the H.P. Lovecraft Historical Society.

Since we all know that the proper time to celebrate Cthulhu is Valentine’s Day week,1 ,I offer you a suitable option to turn your hum-drum Halloween party into a kick-ass esoteric nerd fest: Incubus, staring William Shatner.2

In our ongoing service to bring you all things Mythos:

One of my favorite passages from Lovecraft is the first paragraph of his short story “The Call of Cthulhu“:

The most merciful thing in the world, I think, is the inability of the human mind to correlate all its contents. We live on a placid island of ignorance in the midst of black seas of infinity, and it was not meant that we should voyage far. The sciences, each straining in its own direction, have hitherto harmed us little; but some day the piecing together of dissociated knowledge will open up such terrifying vistas of reality, and of our frightful position therein, that we shall either go mad from the revelation or flee from the light into the peace and safety of a new dark age.

As I’ve argued here before, while Lovecraft is most often classified as a horror, dark fantasy, or weird tale writer—he might classify himself as a writer of supernatural horror—much of his Mythos stories can classified as a science fiction as it is a response to contemporary scientific thought.

All this is simply to preface my favorite passage from Charles Stross’ The Fuller Memorandum:

Magic is a branch of applied mathematics, after all, and when you process information, you set up waves in the platonic ultrastructure of reality that can amplify and reinforce—

To put bluntly, there are too many humans on this planet. Six-billion-plus primates. And we think too loudly. Our brains are neurocomputers, incredibly complex. THe more observers there are, the more quantum weirdness is observed, and the more inconsistencies creep into our reality. The weirdness is already going macroscopic—has been, for decades, as any disciple of Forteana could tell you. Sometime really soon, we’re going to cross a critical threshold which, in combination with our solar system’s ongoing drift through a stellar neighborhood where space itself is stretched thin, is going to make it likely that certain sleeping agencies will stir in their aeons-long slumber, and notice us.

CASE NIGHTMARE GREEN is the demonological equivalent of an atomic chain reaction. Human minds equal plutonium nuclei. Put too many of them together in too small a place, and they begin to get a wee bit hot. Cross the threshold and suddenly and emphatically and they get a lot hot. And the elder gods wake up, smell the buffet, and prepare to tuck in. (61)

Just a bit of Stross’ science fictional thinking of which I think Lovecraft would have approved mightily.