In 1966-67, The Medium Is the Massage was released in five different mediums: Book, record, film, multimedia “magazine,” and lecture. Quotes from The Medium Is the Massage provides quotes from all five versions as well as links to a video walkthrough of the book, a recording of the record, a video of the film, an archive of the multimedia magazine, and a record of the lecture. Each section includes alternate versions as well, including both the 45 rpm promotional single of the record and Paul Miller/DJ Spooky’s remix of the LP. There’s also quotes and audio from Jeffrey T. Schnapp and Adam Michaels’s The Electric Information Age Book and The Electric Information Age Album.

The Variable Media Questionnaire is resource for helping creators think about sustainability and preservation of their digital work, originally designed by Jon Ippolito while working in the curatorial department of the Guggenheim and now faculty at the University of Maine’s New Media Department. The project, in its third generation, is now being developed by the University of Maine’s Still Water lab under the direction of John Bell.

The Variable Media Questionnaire is designed to help a work’s creators and users write guidelines for translating their works into new media once the original medium has expired. This Questionnaire is unlike any protocol hitherto proposed for cataloguing or preserving works. It requires creators to define their work according to functional components like “media display” or “source code” rather than in medium-dependent terms like “film projector” or “Java.” The variable media paradigm also asks creators to choose the most appropriate strategy for dealing with the inevitable slippage that results from translating to new mediums:storage (mothballing a PC), emulation (playing Pong on your laptop), migration (putting Super-8 on DVD), or reinterpretation (Hamlet in a chat room). 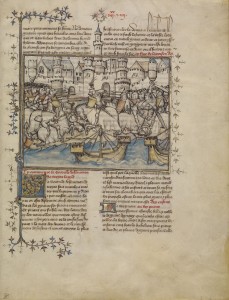 In case you’ve missed it, the Getty has decided to make all of its public domain artwork available as open content. As a first step, on August 12 they released some 4,500 images as “free to use, modify, and publish for any purpose.”

I don’t need to tell you that there’s lots of great stuff to explore and use.

PrintWiki: The Free Encyclopedia of Print is still very much a work in progress. While the list of entries is extensive, many are limited or non-existent. Others, however, are quite thorough. Having recently taken up the hobby of bookmaking,1 I’ve found the discussion of binding and finishing to be quite useful.